Rescue 1 started as a simple awareness and action campaign seeking to expose and combat all slavery. Birthed in the hearts of missionaries Daniel and Lacy Henson Tolar, R1 became a reality under the covering of Compassionate Hope Foundation and its founder, Dr. Al Henson. Rescue 1 Global is now a standalone full-fledged prevention, rescue & restoration mission and force in the anti-trafficking world. 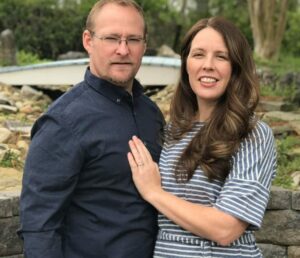 Our founders, Daniel and Lacy Tolar, both accepted a calling to enter full time, missionary service at an early age. It was clear that their spouse would have to exhibit similar traits, passions, and callings to a simplistic, pioneer life-style. They have truly found that in each other.

Daniel and Lacy served Lighthouse Ministries, in Antioch, TN, as the Missions Committee chairmen for 8 years. Within these years the Lord called them into full time vocational cross-cultural missionary service to many different countries. Our founders were hit with a reality check when facing cross-cultural ministry. This is where the stories of trafficking transformed into heart-breaking realities. As they visited the recruiting sites and continued to research, they discovered that poverty and anonymity keep communities vulnerable to predators.

A vision trip to Thailand in 2011 spurred Daniel and Lacy to act. This area of the world is prominent for children to be lured, bought, tricked and stolen into the sex slavery industry at astonishing rates. Struggling families often force their children to drop out of school and begin working at very young ages. Many resort to sending them to a recruiter to work as housekeepers or waitresses. Little do they know that, upon arrival, these children are almost immediately forced into the industry. They quickly connected with local Christians who possessed the same burning vision to address this injustice. From these connections and the passion came the reality of Rescue 1 Global.

This same passionate desire for change in the Thai population has now spilled over into the rest of the world in areas where many of our partners serve, such as the Philippines, Laos, India, and specifically, right here in the U.S.A. It became evident that this issue was widespread even in our neighborhoods. This is when God, in His plan, began to open their eyes to those children and women just across the street the way He had already done internationally. They then began to find others working around the southeast regions of the US and grew in knowledge and firsthand experience. The drastic difference between the world of trafficking in Southeast Asia and the domestic US was astounding.

With this in mind, the challenge was embraced. While recognizing the road of servants is not meant to be an easy one, our founders and their team are motivated by the reminder that these women and children around the world deserve the same opportunity for life and freedom that we all possess. We are now an independent and continually flourishing prevention, rescue and restoration mission, bringing a powerful force in the anti-trafficking world.We now are excited to share with you that we are currently able to daily serve over 180 children and dozens of women in Southeast Asia in 7 locations. As well as, women and children from multiple states here in the US. This work is only able to continue because of faith partners like you.

We now are excited to share with you that we are currently able to daily serve over 180 children and dozens of women in Southeast Asia in 7 locations. As well as, women and children from multiple states here in the US. This work is only able to continue because of faith partners like you.

So, from those we represent that have been silenced by this evil for so long THANK YOU!